By the end of 1983, he earned the lead-off spot in the Padres batting order and divided his playing time between the three outfield positions and first base. That year, he stole 66 bases -  second in the league. He hit .276 and picked up 139 hits.

​In 1984 ,Wiggins finished second in the league in runs scored (106), and he set the Padres' single-season record for stolen bases (70) to help lead the Padres to their first division championship. He batted .316 in the 1984 National League Championship Series against the Chicago Cubs, going two-for-three with two runs scored in the fifth and deciding game. In the 1984 World Series, Wiggins batted .364.

Mr. Wiggins retired in 1987 after being released by the Baltimore Orioles.

In November 1990, Mr. Wiggins was hospitalized with pneumonia and tuberculosis.  He died on January 6, 1991.

Mr. Wiggins' daughter, Candice Wiggins, is a professional basketball player for the Los Angeles Sparks of the WNBA.​ 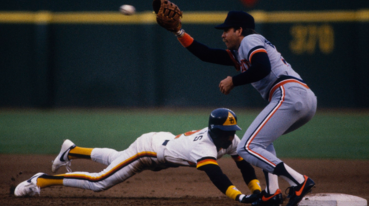 In 1981, he made his Major League Baseball debut with the San Diego Padres. 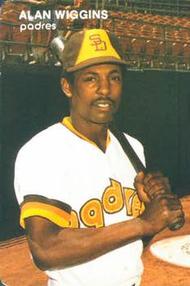