​Foothill League Player of the Year 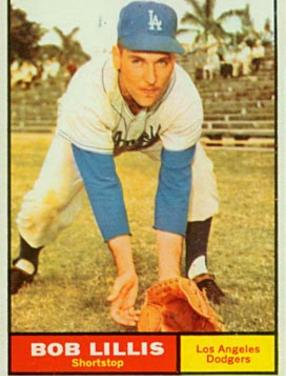 Born in Altadena, California, Bob Lillis was an outstanding shortstop for  Pasadena High School in the late 1940's. ​​​ He earned All-Foothill League, League Player of the Year, and All-CIF and All-Southern California honors.

After high school, the 5'10 160 lbs. shortstop attended Pasadena City College before settling in at  the University of Southern California.  While he excelled as a Trojan, he  went unpicked during the MLB Draft.

Bob spent seven years in the minor leagues before the Dodgers called him up; he made his Major League debut on August 17, 1958.​ 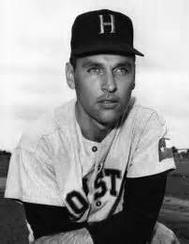 Bob's retired from the big leagues after the 1967 season.

​After retiring as a player, Bob Lillis was a scout for the Houston Astros from 1968 to 1970, served as the team's director of minor league instruction in 1972, and a was member of the coaching staff between 1973 and 1982. In 1982, he replaced Bill Virdon as the club's skipper, a job he held for three seasons.

Between 1986 and 1996, Mr. Lillis was  a member of the San Francisco Giants coaching staff.