While at Portland State, the 6'0" and 226lbs, Holmes ran an impressive 4.37 in the 40 yard dash. His speed and great hands out of the backfield was the perfect compliment to the Buffalo Bills' Hall of Fame running back Thurman Thomas.   Mr. Holmes was the Buffalo Bills 244th pick of the 7th round. The "Steal' as he was nicknamed in the league, rushed for nearly 700 yards his rookie season.

Mr. Holmes played a memorable 5 seasons in the NFL.  After three years with the Bills, he would go on to play for the Packers and the Colts.

Today, Mr. Holmes is the owners of Pro Way Training - a program that prepares kids for futures in football and life. www.prowaytraining.com   For a complete story on Darick, click here. ​

​Pacific League Player of the Year

Player of the Year 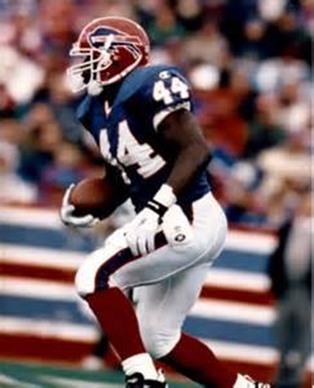 While attending John Muir High School during his junior and senior seasons in 1987 and 1988, Darick Holmes was one of the most dynamic running backs in Southern California. He was on a list of all-star teams with the likes of Curtis Conway and Russell White.

Production on the field didn't transfer to the classrooms for Mr. Holmes.  His journey to the Pros was hard, even difficult, but make no mistake about it, he made it.

After a stint at PCC, followed by Sacramento City College, Mr. Holmes ended his collegiate years at Portland State University. 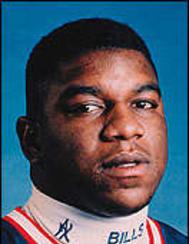