​​the cover of the June 1980 issue of Track & Field News as the "New Sprint King." Only one other individual from Pasadena, Charles Paddock (PHS alumni - 1918) was ever crowned the world fastest.

To say that he was favorite for the 1980 Olympics (U.S. Boycotted) is an understatement.

Unbroken stadium, meet and/or school records across the United States is representative of Mr. Sanford's impact on the sport of track and field. His records at Pasadena High School and USC are nearly 40 years old.  Mr. Sanford continues to be ranked among many collegiate and world ranking "All Time List" however, Olympian Carl Lewis probably gives the most accurate assessmant of Mr. Sanford's talent when he was quoted as saying, "No one ever compared me to Jesse Owens until I beat James Sanford..." which happened only once.

In 2004, Mr. Sanford was inducted into the Pasadena Sports Hall of Fame, Inc. 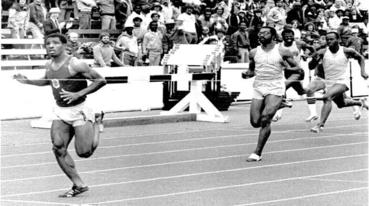 In 1977, James Sanford lead Pasadena High School to its second state championship, winning 4 out of 5 races, a record that would last 30 years.

In 1979, while still a student at USC, he was the No. 1 Sprinter (100m) in the world, securing the IAAF World Cup Championship; the USA Outdoor Championship, and the PAC-10 Championship. Mr. Sanford appeared on 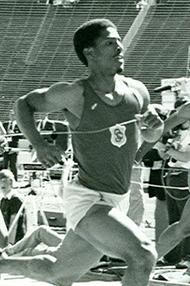