Brownfield was enshrined into the National High School Coaches Association Hall of Fame in 1998.  ​Bill Redell, the football coach at Oaks Christian School in Westlake Village, called Brownfield "one of the greatest coaches" in California prep history. Redell was inducted into the College Football Hall of Fame in 2001, and credited Brownfield's contributions for leading the drive to his induction.

Between 1983 and 1989, as the girl's track coach at Muir, the Mustangs set a State record with 124 consecutive dual-meet victories.

Mr. Brownfield's coaching career started in 1965.  Between 1965 - 1999, aside football, he also coached cross country, tennis and basketball.  His coaching tenure also involved stints at schools in Palm Springs and South Pasadena. Mr. Brownfield was a teacher for over 40 years.  Hundreds of his student-athletes went to college, several of his proteges such as  Ricky Ervins, Chad Brown, Anthony Miller, Marcus Robertson, Linetta Wilson and Inger Miller enjoyed professional careers in football and track & field. 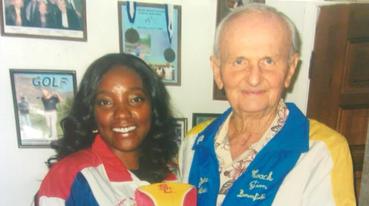 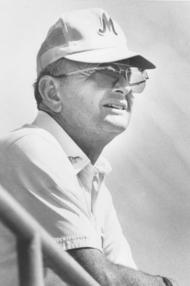