Big men never get enough credit, but Wilks was the nose tackle for the best years of the Dome Patrol-led defense of the Saints.  His ability to command double teams and push around offensive linemen was a large reason the linebacker corps was so successful behind him. Making big plays wasn't his forte; creating the opportunity for others was, and there were few players better during the late 80s at that than Mr. Wilks.

​Pacific League Player of the Year 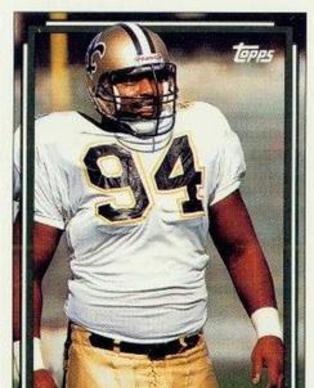 Mr. Wilks was recruited by San Diego State University where he attended and excelled.

In 2001, No. 94 was inducted into the Saints Hall of Fame. The Hall is open three hours prior to home games and for 45 minutes following each home game.  So if you ever make it to the Big Easy for a Saints home game, make sure you stop by their hall of fame and see one of the greatest athletes from Pasadena, California on display. 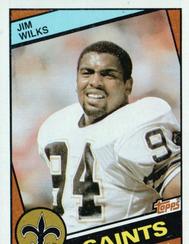