Mr. Johnson, along with teammates, James McAlister, Eugene Jones and Forrie Martin, were all highly recruited.  The best in the San Gabriel Valley.

In 1973, while at UCLA, Johnson played along side his former high school teammate James McAlister. Together, the two were one of the most dangerous running backfields in the history of college football.  A year later, both Johnson and McAlister would leave UCLA for the then experimental World Football League.  Both were drafted by the Southern California Sun.

​The Sun won the 1974 Western Division Title, but lost their playoff game against The Hawaiians - neither Mr. Johnson,  James McAlister or teammate Booker Brown played - each claimed they were owed back pay.  That protest ended Johnson's World Football League career.  The League would survive one more season before folding.

In 1975, Johnson was drafted by the San Francisco 49ers where he played for two years before hanging up his cleats. 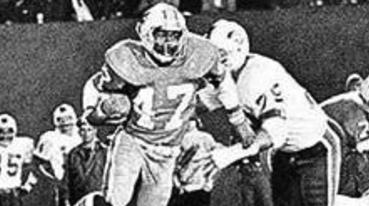 ​In 1969, Kermit Johnson was a member and leader of arguably the best high school football team ever assembled in Pasadena - Blair High School's 1969 Football Team.

This unique squad captured a CIF title from future NFL Hall of Famer - Pat Haden, quarterback for Bishop Amat - the No. 1 ranked high school football team in the state. 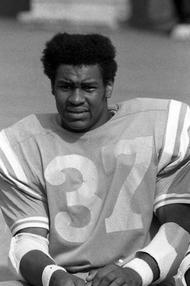