family. That was the type of man he was from the beginning, he was always thinking about others.

​After high school, Mack went to Pasadena City College where he posted national junior college records in the 100 meter, 200 meter and the long jump. He placed second in the Western Regional Olympic Tryouts in 1936, earning himself a place on the team.

As Robinson, Jesse Owens and the field rounded the turn and dashed for the finish line in the Olympics, Owens edged him at the finish and Mack settled for the silver medal.

Following his Olympic feat, Robinson didn't receive a hero's welcome in Pasadena. There was no parade down Colorado Boulevard, no banquets awaited.

​After the Olympics, Mack attended the University of Oregon where he received a degree in physical education.

After returning from Oregon, Mack worked for the City of Pasadena and became an advocate against street crime, performing civic work with various organizations and other volunteer work; achievements that could not be overshadowed by Jackie's legacy. 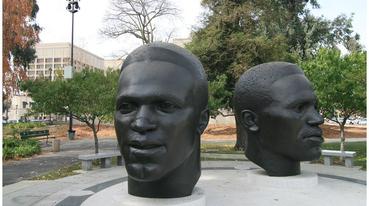 Matthew "Mack" Robinson was a man all about the town he grew up in and loved even when the city didn't always treat him right.

The John Muir High School Grad is the most cherished lifelong resident in the city's history. Even more so than his younger brother Jackie. ​A standout athlete in high school, Robinson had offers for college, but chose to stay close to home and help his 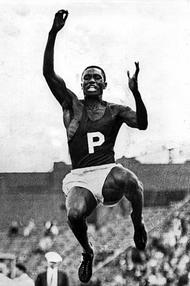