​During his career at Oregon from 1972-1975, Clark played well and was an honorable mention All-American in 1976. He was the outstanding performer in the Senior Bowl and that propelled him into the NFL draft as a top prospect.

​With the 18th pick in the first round of the 1976 draft, Mario Clark was taken by the Buffalo Bills. Only the second defensive back chosen in that draft. From '76-1983, Clark wore #29 for the Bills and was named to the All-Rookie team. He played in 113 out of 115 games and had 25 interceptions resulting in 438 return yards.

In his final season in the NFL, Clark signed with the San Francisco 49ers, where he played in 11 games and helped them when a Super Bowl title. His championship ending was fitting, being that he and his family are literally Pasadena royalty.

​Mario Clark is the only Pasadena High School football player inducted into the PASHOF at this time.

1st Freshman to Start at U of Oregon 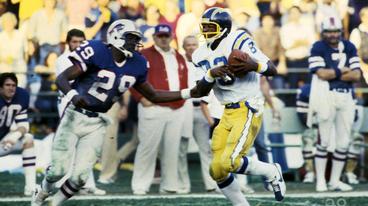 In 1971, Mario Clark was a 1st Team All-Pacific League and All-CIF Defensive back and wide-receiver for Pasadena High School​​. Coming from the oldest African-American family (Prince family, 1886) in Pasadena, Mario was meant to represent his city.

After staring in high school, Clark received a scholarship from the University of Oregon where he would  excel. 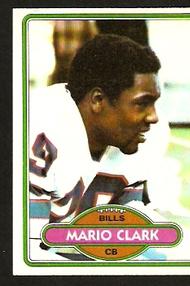