​his mark in tennis. In 1970, he and his partner, Bob Lutz won the Australian Open Doubles title and by 1971, he was the #1 ranked singles player in the world along with John Newcombe and was ranked #1 alone in 1972.

During that improbable 1971 year where he went from out of the top ten top #1, he won the US Open Men's Singles title over Jan Kodes.

​In 1972, Mr. Smith won the Wimbledon Singles title over Ilie Nastase in a tough five set match in which Smith was down, but rallied late.

In 1971, Adidas renamed the Robert Haillet Adidas to Stan Smith, after the #1 player in the world. In 1973, Smith signed a contract with Adidas which is according to "Sneaker Report", is the 13th out of the top 50 most influential sneaker sponsorship in sports history. To this day, the Stan Smith Adidas shoe has sold over 40 million pairs worldwide.

​Stan Smith currently lives in Hilton Head, South Carolina, but we here at the Pasadena Sports Hall of fame will be pushing to have a tennis stadium build at Pasadena High School in honor of the city's greatest tennis player, Stan Smith. 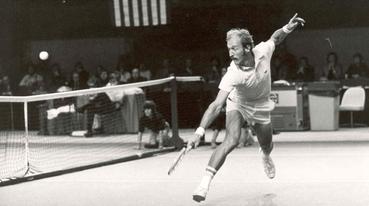 Stan Smith was born and raised in Pasadena. By the time he was attending Pasadena High School in the early 1960s, he already knew he wanted to play tennis forever if he could. 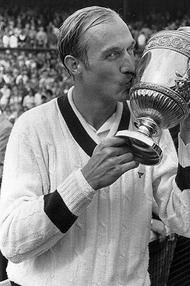