Tim Tucker has been named the Southern Section Coach of the Year before and he has guided his alma mater, Pasadena High School to two CIF Southern Section Boys Basketball titles in his 19 years as its head coach.

A former standout at Pasadena High School, Tucker was very instrumental in helping the Bulldogs become the undisputed  CIF  champion  during   the

Considered as one of the best defensive coaches in Southern California, Tucker was successful in keeping the Bulldogs a perennial contender in the CIF.

Now the head Coach at Pasadena's Maranatha High School(Private), in three seasons Coach Tucker has led the Minutemen to their first CIF Championship in 2015 as they strive to press Pasadena High School as the areas best program.

Pasadena High School won 11 consecutive Pacific League titles under Tucker, but Pasadena was moved up to 1AA because of their winning ways.

​It won't be much easier at Maranatha, but Tucker should thrive in a private school setting. He said it was tough to leave Pasadena, but he left the program in the hanbds of his longtime assistant and fellow Bulldog alum Tony Brooks.

​The future looks bright for Tim Tucker and maybe one day he will be on the sidelines of a major university.​ 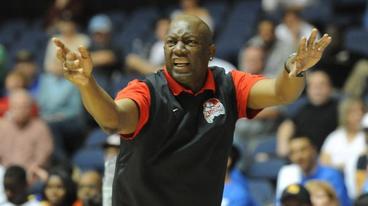 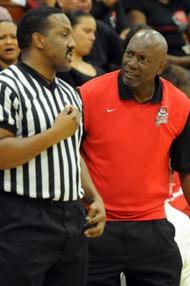